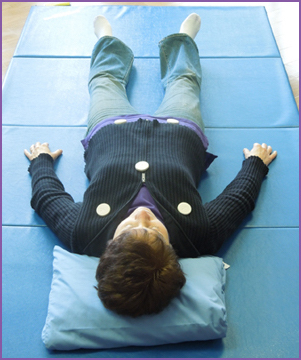 In 1959, Dr. Marcel Poumailloux, a French physician, and Dr. R. Viart, a meteorologist, announced a striking correlation between increases in heart failure, solar activity peaks, and periods of agitated geomagnetic activity. They also recorded a drop in hospital admissions for heart failure during a 4-month period of relatively calm solar and geomagnetic activity. Both researchers pointed to an increased tendency toward blood-clot formation during times of maximal solar and earth magnetic activity. It was postulated that intense magnetic fields affect the iron in the hemoglobin to increase coagulation.

In the 1950’s & 1960’s, Russian and Eastern European epidemiological studies have confirmed the French findings.

Dr. Robert Becker, an orthopedic surgeon, author, and pioneer of electromagnetic medicine, collaborated with Dr. Howard Friedman, a psychiatrist. They found that there was an increase in admissions to psychiatric wards and more psychotic behavior among inpatient schizophrenics and manic-depressives during periods of active magnetic storms. Becker recognized the ability of magnetic fields to alter activity within the nervous system. He was able to completely anesthetize a salamander using only magnetic fields.

Ludger Meersman, a Florida geobiology researcher, used a sensitive magnetometer to map out magnetic-energy levels directly over beds and in sleeping quarters of people suspected of sleeping in geopathic stress zones. Beds of healthy people had a homogenous magnetic field intensity across the entire bed, while sick individuals had small areas of high- and low-intensity geomagnetic fields distributed along the length of the beds. Often the area with the most geomagnetic stress correlated to where the person had cancer or arthritis. 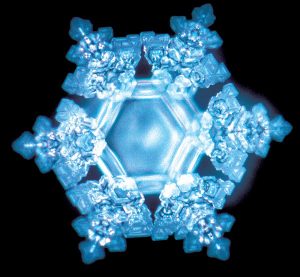 Applying Meersman’s research using electrical and electromagnetic fields to stimulate the healing of broken bones, Dr. Becker created an orthopedic bone stimulator. Becker has been interested in exploring how certain control mechanisms and healing systems within the body may be energetically based vs. being strictly biochemical. He discovered the body’s direct current (DC) electrical-control system.

Harold Burr, a neuroanatomist at Yale University, mapped out electrical field patterns around various living organisms that he labeled L-fields or life fields. The L-fields seemed to energetically direct growth and development in plants and animals.

With clues from Harold Burr, Becker theorized that there existed a unique electrical-control system within the body that played a role in healing and repair of cellular damage, but also the regulation of states of consciousness. Becker found that anesthetized humans showed a marked alteration in the DC current around their heads whether they were under the influence of drug-induced anesthesia or hypnotically induced anesthesia.

Altered states of consciousness (hypnosis) can produce measureable electrical changes within the body’s DC-current system. The body may keep the DC current on until the healing is complete. Glial or perineural nerve-support cells are suspected of being carriers of the DC current, transmitting bioinformation throughout the body. Glial cells could be influenced by the application of external magnetic fields.

Most of the time human cells oscillate and resonate with the background 7.8-cycles-per-second hum of the earth’s magnetic field (aka. Schumann Resonance), which is located in the mid-alpha-theta brainwave range associated with daydreaming. Our cells are attuned to this frequency which acts on the electrical control systems of the body. The DC-current system is responsive to the earth’s magnetic field which is in the ELF (extremely low frequency range). 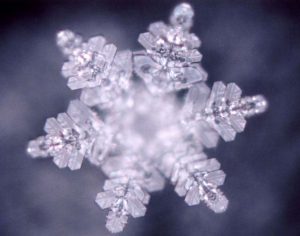 We are constantly being influenced by 60-cycle-per-second electrical and magnetic fields, microwave energies, and other fields from modern technologies. These new background energies may be confusing the body’s electromagnetic messages, eventually leading to illness.

In France, Pierre Nicolas, a researcher in biophysics, has been aware of these scientific findings. Nicolas believes man-made electromagnetic radiation is interfering with the body’s natural rhythms creating mis-information in the form of foreign energies that lead to system disregulation.

The method he developed and named Biosyntonie focuses the earth’s magnetic field on the body to assist in maintaining and restoring the optimum vibratory rates needed for health. Nicolas studied eastern medical and philosophical understandings of the cycles and rhythms of the body. Chi energy flows along the many meridians, or energy pathways, of the body. Sacred geometry and Taoism also have been combined into the system. Consciousness can be altered with Biosyntonie. 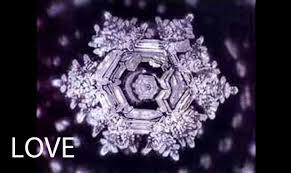 During a Biosyntonie session ceramic disks embedded with microcrystalline materials are placed in specific patterns that are often circles (God, creation), triangles (balance where matter and consciousness connect with the higher realms), or rectangles (the four elements, stability). The disks create a vortex of energy wherever they are placed. Some are placed on the body and some don’t even touch the body. Water in the body is the carrier of electromagnetic information to all tissues, organs, and cells. The body needs 20 minutes to fully cycle the energetic information throughout the body. Clients have reported sensations of levitation, vibrations, discomfort, swirling energies, pain, itching, warmth, and profound restfulness. With Biosyntonie, the body, not the practitioner, directs the treatment. No session is the same for any other person and those coming back for more sessions may not experience the same things they did previously.

The environment of the sessions is important. Electromagnetic fields must be minimized as much as possible. The client lays on a wooden massage table or a mat on the floor. Lights and computers should be turned off. The ideal location is within a wood-framed building or out in a field away from electrical wiring. Too much electromagnetic interference will block the session.

What is happening during a Biosyntonie session? Think Sedona. Think about how many people flock there to experience the natural vortex energy so prevalent there. What I do with Biosyntonie is to bring the Sedona experience to you. The micro-crystals in the ceramic disks each bring in a vortex. Your body takes in the energy through your head, or through your feet if you are seated. You can feel it and are aware where it is going in your body as your body directs the energy to imbalances that need correction. Once I place the disks it is up to your body to do the work. The energy is carried by the water in your body. Results will vary of course, and I can give no guarantees as to what will transpire, what may be healed. Results can last for days or be permanently fixed, again, by you, not me.

Just realize that you are a human on the planet earth and these vortexes are totally natural earth energies being used by your body all the time to keep your biorhythms in check. Unfortunately EMF pollution interferes with biorhythms so you can become out of sync. Biosyntonie helps to balance you out, but not just on the physical level. There are lots of practitioners using crystals to heal, but there are few in the world using this technique. I encourage you to experience and benefit from this yourself.

References:
A Practical Guide to Vibrational Medicine by Richard Gerber, MD
The Body Electric:Electromagnetism and the Foundation of Life by Robert Becker and Gary Selden 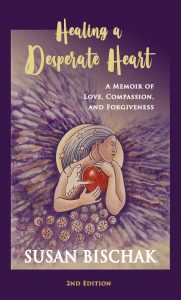 Limited Quantities of the First Edition Are Available Till Sold Out! Click the Buy Now Button Below the Image 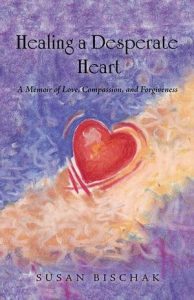